Before Evelin and Walter Wittek took over the Heger weaving mill in Golling, the two creative minds worked successfully in a team for over 20 years as textile designers for leading companies in the textile industry. In 2004 they decided to continue running the small but fine fabric manufacturer Heger, which had no successor.

Evelin Wittek remains true to the common slogan "Luxury is to be able to weave fabrics that correspond to our aesthetic understanding - that means production methods, materials and handling of nature must be in harmony" even after the loss of her husband (in a tragic traffic accident) .

Through the synergy of the studio and weaving mill, Wittek-Design sets new standards. Traditional weaving art is being developed carefully, but still modern and close to the zeitgeist. In addition to private customers for the ready-made range, their customers for upholstery fabrics include interior decorators, the upholstered furniture industry, wholesalers, hotel outfitters and architects.

Weaving in and of itself is not just one of the basic human achievements of the Neolithic. It is generally one of the oldest crafts and techniques for the production of textile fabrics and describes a process consisting of two thread systems crossing at right angles, of which the warp runs vertically and the weft runs transversely. The fabric is created by hand or by machine, following certain principles known as binding.

In Central Europe, yarns made from animal wool and vegetable fibers, mostly sheep's wool and flax, have been the basis for woven fabrics for thousands of years. They dominated the Central European textile production until the 19th century, from the 18th century onwards they were gradually replaced by "calico manufacturers".

In connection with prehistoric mining in Hallstatt, there is comparatively astonishing evidence of the Bronze Age and Iron Age weaving art with a regional reference. The Natural History Museum is responsible for the relevant research work at Hallstätter Salzberg, which highlights, among other things, clear differences in quality of the examined fabrics: in the Bronze Age, single-colored fabrics made of woolen yarns of coarser design with thick threads (1-2 mm in diameter) and low weave density in plain weave predominate.

Multifaceted assortments of fabrics for the contract and private sector:

Decorative fabrics made from 100% linen

Table and bed linen made from 100% linen 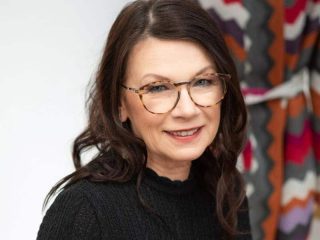 Fichtenstrasse 304
5440 Golling on the Salzach