Rudolf Daxner produces those tailor-made, hand-embroidered lederhosen from chamois-tanned deerskin, which gain in appreciation and patina with increasing wear and are considered extremely popular heirlooms not only in the Salzkammergut.

It is the process of chamois tanning (using fish oil) that gives the suede an extremely soft, skin-friendly and breathable character. These properties and the almost unlimited durability explain wearing comfort and the unbroken popularity of lederhosen to this day.

The leather trousers in their version as knee breeches were the functional, resistant and protective work clothes of the lumberjack of the late 18th century. At that time it was by no means made of suede, because this was "inaccessible" for the common people. Instead, goatskin was mainly used. In its cut, it corresponded to the contemporary, fashionable courtly culottes, which the upper class naturally wore in satin and silk. Knee breeches were the common male trouser shape of the 18th century.

The Lederhose owes its salon ability to the fact that the aristocratic summer resort in the sense of romanticism viewed the simple "G'wand" of the local population as the "delicacy of the landscape" and wanted to wear it themselves - of course in a more sophisticated version. This new "sponsorship" brought some changes to the lederhose: they lost in length in the course of the 19th century and now ended above the knee, which led to views of bare men's knees, which were very unusual at the time - even for the head of the Austrian imperial family himself. For brevity, there were also more green decorative seams. That was also new, because until well into the 19th century the trousers were "sewn out" if they were made with light-colored, unbleached thread.

The price of lederhosen has always been determined by the extent of the embroidery (ornamentation), as this requires a lot of time and resilient fingertips, paired with a sublime sensitivity. Particularly richly sewn trousers with stripe ornaments, bib and knee or corner flowers are called "seamless". There are 3-, 5-, 7- and even 9-seamed lederhosen, depending on the number of stripe ornaments along the side seams.

Rudolf Daxner took over the motifs, ornaments and flowers for the decoration of the trousers from his predecessors and guards them like a treasure. His special craftsmanship can be recognized by the fact that he gives his hand-embroidered ornaments the relief of three-dimensional grandeur. 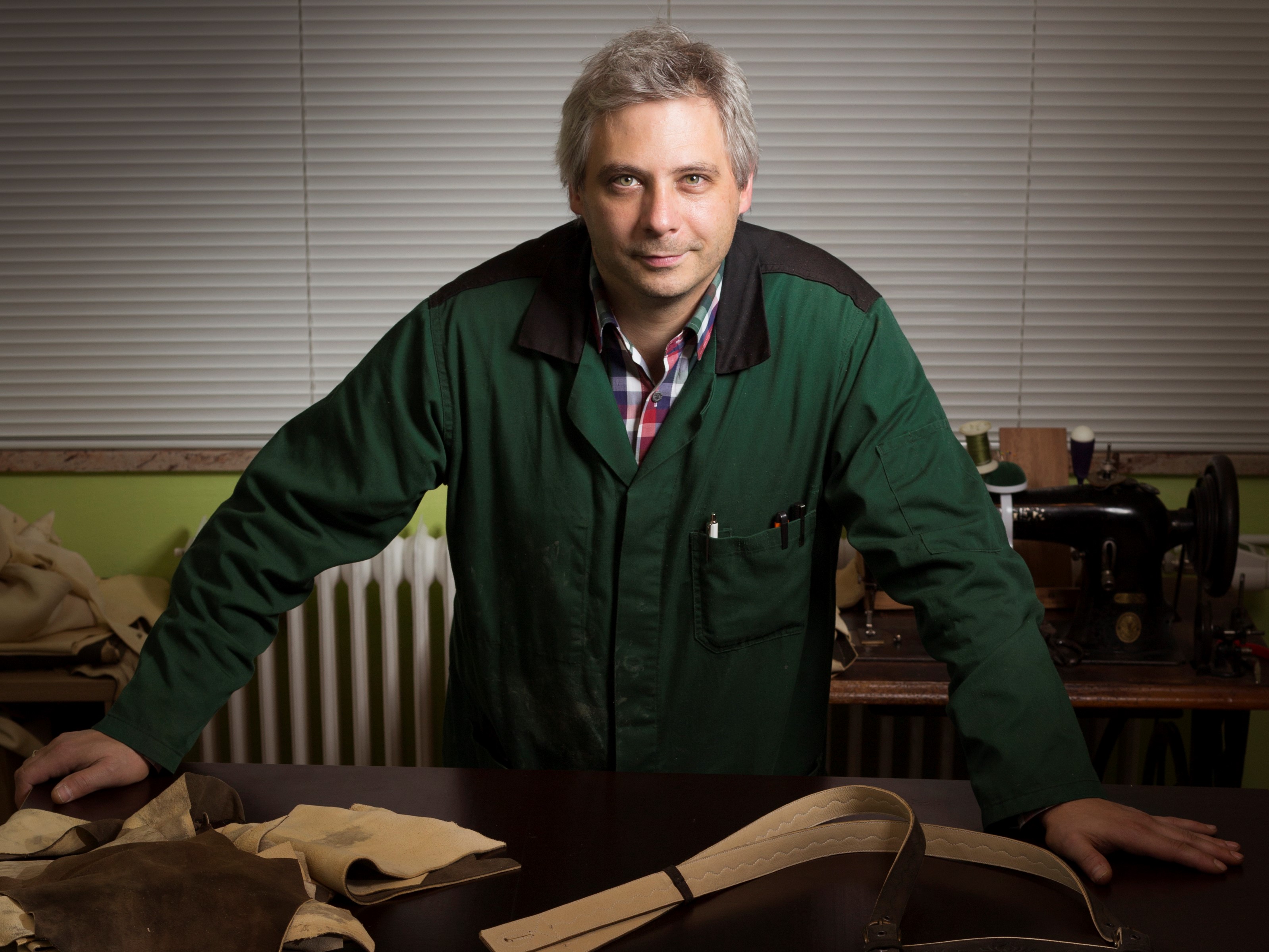