Rudolf Kreidl has headed the Kieninger carpentry since 2018, which today is an integral part of the Kieninger construction company, which was founded in 1858. Timber construction fulfills both an economic and an ecological function in a wooded region. Wood is a building material with excellent properties and meets the requirements of modern architecture as well as traditional building methods.

Whether the decoration of a wooden gable, veranda, winter garden, cladding or complete construction, wood is a "style element" that fits perfectly into the Salzkammergut landscape and construction. Form, quality and function in harmony!

Various shaping forces are responsible for the shape and development of the house. In the Salzkammergut, the exorbitantly high demand for wood in the salt industry and the resulting permanent shortage of wood influenced building methods until the 19th century. The stone construction determined the appearance of the settlement, wood was only allowed to be used in those parts where the construction absolutely required it. Which in no way means that the population actually adhered to these guidelines in their own resistance ...

When time comes, change comes. As is well known, the Salzkammergut was opened up for "tourism", "foreigners" now poured into the area that was once closed off from the environment. On the other hand, the salt pans switched from wood to coal firing, and with these changed economic conditions, new motives for building emerged. Tourism made different demands on the house, and when the summer resort began to expand to the whole of the Salzkammergut in the 1860s, the need for relaxation and nature shaped a new architectural style that sought to connect with the landscape through large windows, verandas and terraces. The veranda became an essential feature of the summer vacation villa, in the Salzkammergut as well as in other summer vacation destinations in the Alps. The veranda became a dominant style element of the house and gave it an open-minded character. The ornamentation (pattern) is based on the “G'wandnergang” of the saline farm house. Subsequently, the veranda was also taken over by the population, added to the house at a later date or taken into account from the outset in the construction planning. After all, when renting out to summer guests, you could ask for more for a room with a veranda than for a room without a veranda. 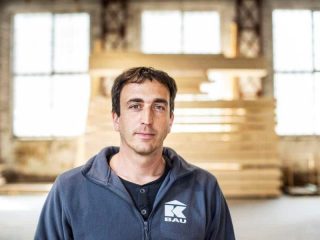