In 2002, master stonemason Günter Brucker took over the company founded by his Viennese great-great-grandfather in Ischl in 1890. Like his ancestors trained in classic stone processing, since 2003 he has been focusing on developing new stone business areas in addition to manual work.

For example, he uses the technologies of the third millennium to ensure that kitchen worktops can be installed 24 hours after they have been measured by the customer. He remains true to handicraft, especially in the context of his special passion, the timeless stone sundials that endure all time.

If you look at the stone components of domestic buildings, in particular the entrance portals of the Catholic parish churches in Hallstatt or Bad Goisern, then these have been prefabricated in their craftsmanship outside of the chamber property, in order to then be delivered, numbered, installed on site. Artful objects made of stone, as static-constructive components of a building or as decorative and decorative elements, they came from "outside" well into the 19th century. Commercial stonemasons were only able to gain a foothold in this region, where wood was the most important material and building material, in the course of the spa and summer resort in the 19th century. There is, however, evidence of building activity with stone, whereby these are primarily to be classified in the context of technical buildings related to the salt and wood industry. Ararian stone masons dominated this stone event. Specialists from other parts of the monarchy were also brought in for special technical structures, such as the Chorinskyklause in Goisern. As part of the torrent and avalanche control, stone structures that shape the landscape were built at the beginning of the second half of the 20th century. At the end of the 20th century, the last stone masons in the region retired and the technique of stone walling fell out of use and forgotten. (See Friedrich Idam, Günther Kain, Historische Bautechniken für Torrentverbauten im Salzkammergut; in: Yearbook of the Society for Regional Studies and Monument Preservation Upper Austria, Volume 163, Linz 2018)

As a building and material available worldwide, stone has always played a major role in human history. The artful processing and processing achieved a high quality in various high cultures on all continents already in pre-Christian times.

Restoration in the monument area, among others 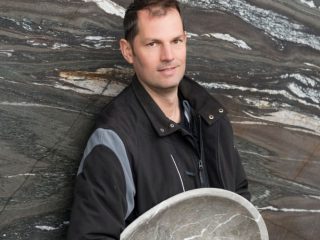