Barbara & Florian Dostal run a master workshop for the repair and restoration of antique and new small and large clocks.

It takes a special instinct, precise care and a lot of love for the ailments of old watches, because the past has produced a multitude of masterpieces in timekeeping. A mechanical wristwatch, for example, consists of 130 individual parts and is reassembled in 1120 work steps after cleaning, general overhaul and repair.

It is precisely this ability to repair that characterizes mechanical movements and cases well into the 20th century and, in addition to their special aesthetics, gives them the title of resource-saving sustainability. “The knowledge of the fascinating interlocking of a complex gear train is more than the revival of an old craftsmanship. Only by completely dismantling it can you grasp the special construction of a watch and guess where the errors can be hidden, ”explain the passionate watchmakers Barbara and Florian.

Man's striving to divide the day into equal time units goes back to antiquity, but many centuries had to pass on the long way from wheelless sun, sand, water and other clocks to weight-driven mechanical clocks. Especially as church tower and town hall clocks, these contributed to a profound rationalization of social life from the 14th century onwards. The time was now subject to the dictates of the strictly advancing clock hand - and it is rumored that with the appearance of these "time division machines" the first burnout cases in the history of mankind were accompanied.

When, shortly after 1500, a steel spring drive was invented in addition to the weight drive, the fixed large clock faced competition from the "portable time" in the form of small table and pocket watches.

Domestic clocks were "packed" in cases to protect them from damage. At the same time, their design increasingly followed fashion trends and individual preferences, the function of time measurement often took a back seat to its external design as jewelry.

Production of missing or defective parts 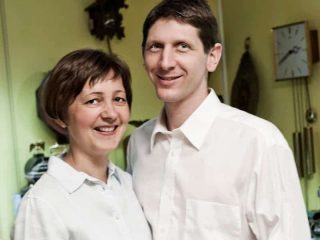